This is what we woke up to in Glynneath today, a layer of hailstones a couple of centimetres thick. It was kind of slippy so my bike stayed in the shed, nowhere else had this layer, including the rest of the village, and as the blue sky promised it was to be a lovely day, plenty of sunshine, with only a couple of showers of sleet. 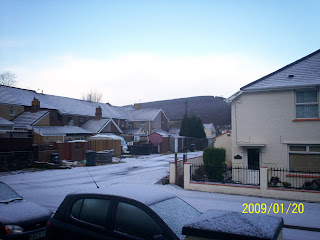 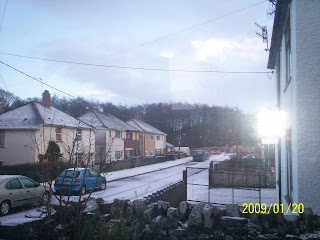 My worry is that it'll be icy and slippery tomorrow, when I have to return to work. I'm still a big coward of icy roads and paths. I've swapped so have to be in by 08.00, not my usual 05.30. I'm hoping things will be clear and dry by 06.00., when I have to start the trip.
Fingers crossed!

Yesterday I went for a ride on the Subway, around the local area. I took quite a few photographs, but that is when my lack of expertise came through, and big time. I went out as early as I could, just as the light was dawning in the valley. But it remained not light enough for the next hour or so, and my pictures came out too dark to show any of the detail, that I wanted to show. So I've only uploaded the best of a bad lot. 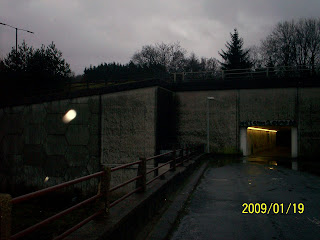 This one above shows the pedestrian/cyclist underpass, below the A465, from the bridge on Chain Walk ( must be a history to that name ) 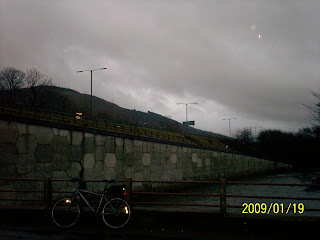 On the same bridge looking at the A465 as it rises, on its built up embankment, to cross above the underpass. 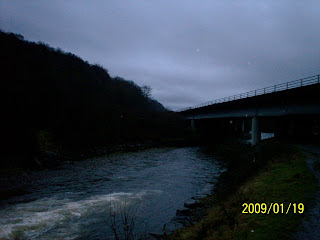 Just a nice shot of the river, well it would have been, if I'd known what I was doing photographically, as it heads towards one of the A465 flyovers. 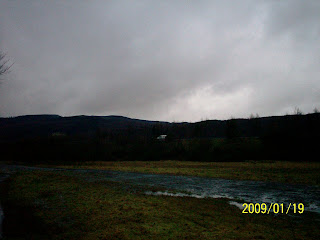 This is some waste ground between the river and the A465, note the surface water, which illustrates how much rainfall we've had these past days and nights. 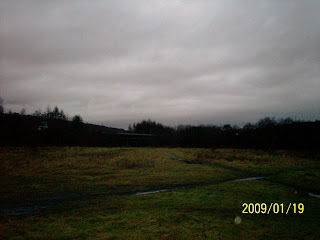 Same waste ground looking in the other direction. 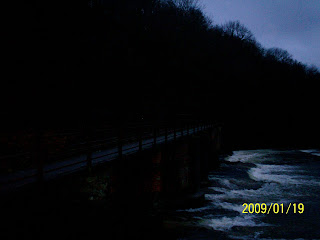 I thought this could be a lovely shot, but the light let me down. It shows an old rail bridge, with footpath, which in its heyday, helped carry coal from Merthyr down to Swansea docks. 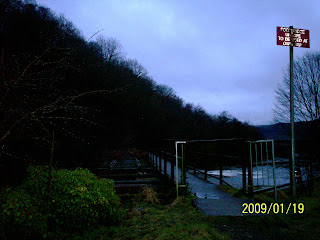 The same bridge looking straight across it, the rails and sleepers are still in place, I think the footpath must have been added later, which judging by the sign, hasn't lasted as well. 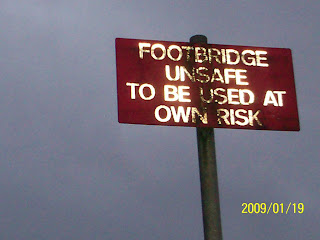 Enough said.
Posted by we;shcyclist at 08:42

You can fiddle with the lightness and darkness of digital pictures to make them come out a bit better. I use a couple of different programs, but Adobe Photoshop Lite and Microsoft Picture It! Express 7 are the two I use the most.

Some people don't like to retouch photographs, but I like that option with the digital. It can make a mediocre picture and picture taker like me look pretty decent. ;-)

Thanks for the advice 2whls3spds, the pictures on view had been retouched with the basic program I have on my pc, but I'm not a very good user of same, it's all very new to me.